So This is Aurora, Nebraska 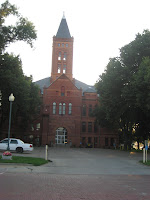 This is an excerpt from a chapter titled "Going Where Good People Go." It conveys a good little snippet about my community.

I live and work in a community that many small town Nebraskans would consider a “pretty big town,” with a population of 4,225. In the last decade, I have witnessed more and more graduates of Aurora High School move and live in other areas of the country, or for many Aurorans and rural Nebraskans, the move isn’t so far—it is within the urban area of Omaha, or the state capitol, Lincoln. “Because Nebraska’s institutions of higher education are in the majority located in larger communities, young people can be expected to continue leaving rural areas in large numbers upon completion of high school” (Cantrell 4). Aur 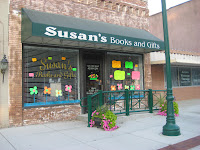 ora, a micropolis, is the county seat of Hamilton County and seventy-five miles west of the nearest metropolitan center of Lincoln. The open country that buffers us from Lincoln is prime farm ground. On my commutes on Interstate 80 to the University of Nebraska as a graduate student for eleven years, I have watched the seasons pass in the fields—planters in spring; combines in the fall. Aurora’s “downtown” is built around an historic county courthouse completed in 1895, constructed of red brick with Colorado sandstone with a tall spire. A strobe light rests atop the spire in recognition of Harold “Doc” Edgerton, inventor of the strobe light, one of Aurora’s most famous native sons, and a MIT graduate. There are approximately 6-10 businesses on each side of the square. Some buildings are empty, some thrive. Within four or five blocks of Aurora’s downtown, there are many majestic two-story houses that look like 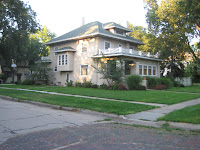 something out of the American South: palatial plantations surrounded by grand yards full of deciduous and evergreen trees. I drive M Street almost daily. It is the red brick street that runs from Highway 14, (16th Street) past the square all the way to 1st Street. Aurora High School is at M and 3rd Street. Each year, since I moved here in July 1992, I have taught approximately 100 students, give or take a few peaks in the population.

Listen to Ted Kooser recite his poem "So This is Nebraska."
Posted by Cathie English at 1:40 PM